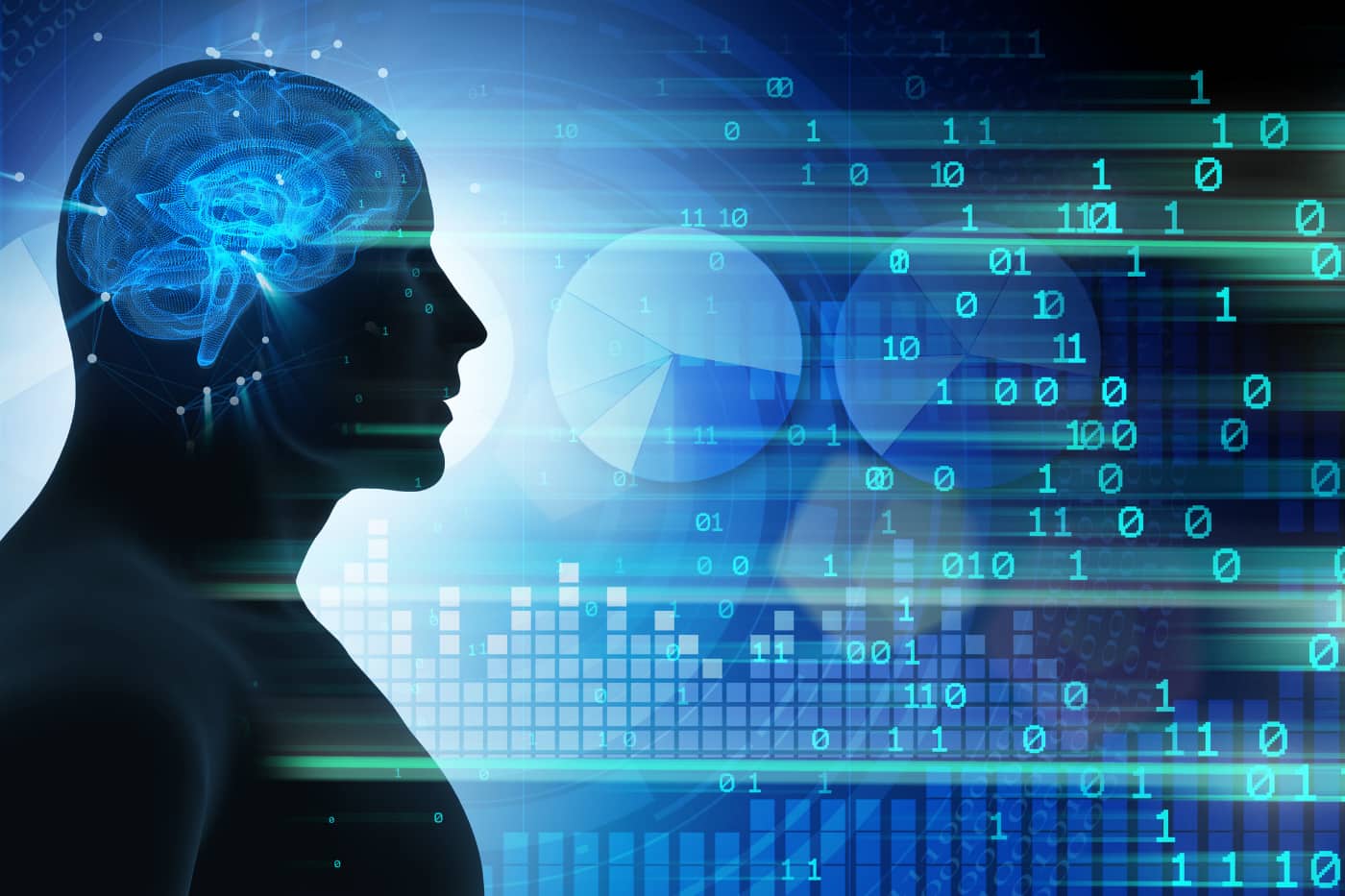 The world of automation software is replete with options to optimise your business processes. From cognitive automation to robotic process automation to human analytical automation, there is a lot to grasp.

So, how do you know which automation solution is going to give you the most bang for your buck?

Here, we will break down options for automation in financial services and review the similarities and differences so you can make an informed decision.

1. What is Robotic Process Automation?

2. What is Cognitive Automation?

3. What is the Difference between Robotic Automation vs Cognitive Automation?

4. How to Choose Robotic Automation vs Cognitive Automation?

5. What are the Variations of Cognitive Automation?

6. What are Examples of Cognitive Automation?

What is Robotic Process Automation?

Robotic process automation, or RPA, is easily programmable software that can execute basic tasks across applications. It can transform business processes that would otherwise rely on humans to carry out mundane, repetitive, and continuous tasks.

In the case of RPA, people can define a set of instructions or record themselves carrying out the actions, and then, the bots will take over and mimic human-computer interactions. This makes it possible to complete a high-volume of tasks in less time and with less error.

RPA relies on structured data to perform its operations.

What is Cognitive Automation?

Cognitive automation, as the name implies, includes cognitive functions due to the use of technologies like natural language processing, speech recognition, and artificial intelligence to handle judgment-based tasks.

This pre-trained solution is able to automate a variety of business processes with less data. This also means that there is no need for IT experts or data scientists to develop complex models for the system to be able to learn and make its own connections.

In essence, cognitive automation can be left without human intervention and accurately perform tasks ad infinitum.

What is the Difference between Robotic Automation vs Cognitive Automation?

To better understand what the differences between your automation options are, we can categorise what you should know into four main ideas, namely:

For the most part, RPA is used for back-office and low-level tasks that are repetitive. By using RPA to manage these tasks, it frees up your employees’ time for high-value operations. There’s also a reduction in manual error.

The technology behind both robotic process automation and cognitive automation are vastly different.

Both forms of automation can improve a business’ operations and provide cost savings.

Without having to do much, RPA is a simple way to begin your organisation's automation journey. The benefits are practically immediate as your team will have more time to focus on high value work that requires human cognition and thought.

There’s another type of automation that may be talked about less, but it can be extremely valuable to businesses across industries. A human analytical automation solution like SolveXia can perfectly complement robotic process automation to provide business leaders with valuable insights.

While RPA interacts directly with your IT systems to automate tasks, SolveXia ingests data from various systems and can transform it into visual reports and dashboards. Rather than looking at data and numbers across disparate spreadsheets, your team has a transparent look into what the data actually means for your business with dashboards. In turn, decision-making becomes informed, agile, and speedy because you have actionable insights available at your fingertips.

A tool like SolveXia is great for tailor-made processes that involve a lot of data manipulation, as is the case with most finance processes. Like cognitive automation, SolveXia does not require the help of any IT team to deploy.

Instead, process designers can automate data transformations without coding, with the aid of the solution’s drag-and-drop library of actions. A solution like SolveXia is best used for reporting and analytics, or to carry out processes like reconciliations, revenue forecasting, expense analysis, and regulatory reporting.

How to Choose Robotic Automation vs Cognitive Automation?

The choice between robotic automation versus cognitive automation doesn’t have to necessarily come down to one or the other. It may better be framed as a question of when to deploy each within your organisation.

You’ll want to consider your business goals, as well as the processes that help you achieve these goals. Do the processes rely on structured or unstructured data?  If it’s the latter, then cognitive automation will be your best bet. Another obvious consideration is budget and cost.

That being said, many organisations begin automating processes by using robotic process automation because it is relatively low cost and simple to deploy. It’s a good starting point to ensure that your team is aligned and on board with this type of technology.

Once they realise the benefits (which will undoubtedly happen quickly), then you can progress by introducing more capable technologies into the mix. At the same time, you can complement RPA by deploying a more analytical solution like SolveXia’s automation tool.

What are the Variations of Cognitive Automation?

In order for cognitive automation to function, the technologies behind it are a subset of deep learning and machine learning.

Here’s a simple way to match up the technology to the human cognitive function that it mimics:

What are Examples of Cognitive Automation?

Some examples of cognitive automation include:

Cognitive automation can be used to execute omnichannel communications with clients. Consider the use of chatbots, for example. Chatbots are able to directly talk to customers and process unstructured data, as if it were human.

In turn, a chatbot can be used to open a new customer banking account without the need for any human intervention. The customer could submit a form to the bot, the bot could then extract the necessary data using optical character recognition (OCR), and process that data to run a credit check. If all looks good, the customer can be added to the CRM as a new client.

The labor-intensive process of claims processing can be managed by cognitive automation tools. The software can pull customer data from previously submitted forms in the system. Or, instead of a human having to enter data from printed forms into the computer, the cognitive automation software can scan, digitise, and pull the required data from these sources to save time and reduce errors.

Cognitive automation is a more complex form of automation that may require a greater investment. As such, most organisations will begin with solutions like robotic process automation and/or human analytical automation like SolveXia to begin transforming their business.

If you’re interested in seeing how SolveXia can help you make better business decisions and transform raw data into valuable insights, we invite you to request a demo. 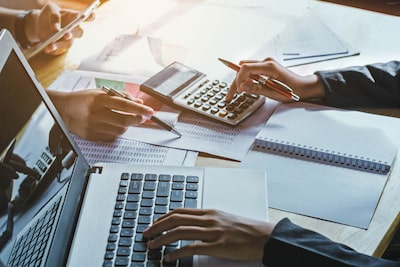 Looking to get a payment reconciled with accuracy and convenience? Check out how the process works and how automation makes it easier. 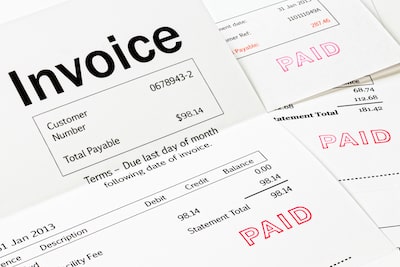 Want to learn more about billing reconciliation? We share everything you need to know and look at how invoice reconciliation software helps. 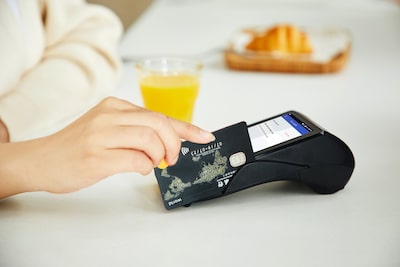 Automation solutions streamline your credit card income and expense reconciliation with minimal effort. See how your business can benefit.