Everything you Need to Know about Robotic Process Automation 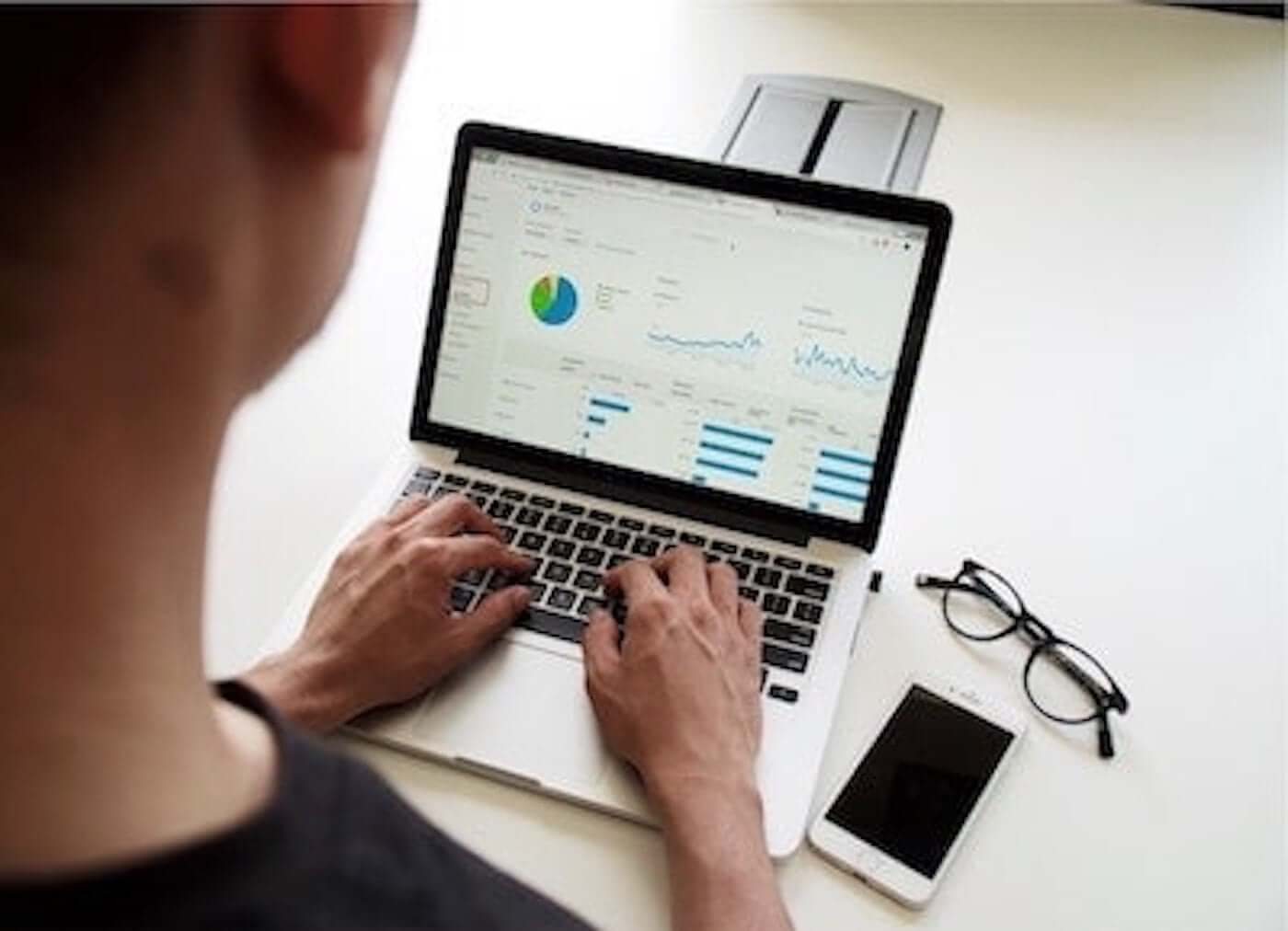 According to McKinsey and Company, Robotic Process Automation has the potential to have an economic impact of approximately $6.7 trillion by 2025. This means that the automation market can have the second largest economic impact after smartphones and tablets.

The term Robotic Process Automation (RPA) can create sci-fi imagery of human inspired robots working alongside us at the workplace. But it’s quite a different phenomenon. Read on to learn about the different types of RPA, why you should care, its advantages and risks and the cost of owning an RPA initiative.

WHAT IS ROBOTIC PROCESS AUTOMATION (RPA)?

Perhaps a disappointment for the sci-fi fans, Robotic Process Automation is software rather than a physical robot sharing your cubicle.  Software that replicates human actions or tasks like running applications, manipulating data, processing, and transactions.

The robots are designed to allow a set of coded commands to communicate with or replace systems or replicate what humans would otherwise do manually, making them ideal for repetitive process-oriented back-office tasks. Critically, the robots can work 24x7 and can be deployed at scale, meaning they can be considerably more efficient and cost effective (than humans).

RPA can and is used for a wide range of processes across most industries. The processes can include anything from automating month-end reporting for a finance department, improving account reconciliation processes to replacing an entire function for credit card approvals at a bank. Depending on their complexity, smaller solutions can be deployed by the business while larger, more transformative initiatives may involve the help of consultants.

WHY SHOULD YOU CARE?

First, it is important to understand that every company automates to:

Companies want to achieve the items above as it generally translates to cost savings, less operational or reputational risk and happier customers and shareholders.

The question then is not why automate, but how to automate. The key reasons for RPA include a lower total cost of ownership (TCO) and the ability to change a company’s culture for the better.

RPA, as a technology, is considerably less intrusive on a company’s core IT infrastructure then traditional methods. It sits on top of or separate to core IT (e.g. on the cloud) or it simply functions just like a human with either the same restricted access rights and security controls. It is also designed for use and ownership by the business whilst ensuring that it meets expectations and needs of the IT department (secure, scalable, ability to integrate, etc.). Overall, this means faster deployment, a quicker ROI and a lower TCO for the business.

The second point is to consider the transformation to the organisation’s culture. In most cases, the purpose of these tools is not to replace humans but to allow you to replace the drudge work that is expected of them with more rewarding and value-adding tasks. This provides a vital opportunity to introduce more valuable skills and experiences into your workforce which will then foster further innovation.

There are three key types of RPA software:

Robotic desktop automation is set up on a user’s desktop and then initiated on-demand or configured to run on a schedule.

Being cost-effective and easy to deploy, it can often be a simple way for employees to automate tedious tasks – albeit with limited visibility to the organisation.

Examples of desktop automation include:

There’s a difference between robotic desktop automation and robotic process automation. For larger automation initiatives, enterprise-grade tools are deployed, either on in-house infrastructure or to the cloud. These tools operate at scale, with significant processing power and can run completely unsupervised (once set up). The characteristics of an enterprise deployment of RPA include:

Enterprise level initiatives will often be accompanied by a project to identify and prioritise processes for automation and to re-engineer or streamline these processes (as part of the automation effort). Projects such as these will often draw from a pool of resources (in addition to the business) including process/transformation experts, business analysts, solution architects and consultants in order to reduce the risk of robotic process automation.
.

Vendors operating in the enterprise automation space, focusing on different parts of the automation spectrum include SolveXia, Blue Prism and Automation Anywhere (to name a few).

When you cross RPA with machine learning (artificial intelligence or AI) you get Intelligent Process Automation.

IPA aims to use AI to allow automation to take the “next step” beyond purely declarative rules and make decisions that would otherwise need to be left to a human. For example, this could be to read free-form text and determine which corresponding business rule to apply or to analyse a set of financial results and write the accompanying commentaries.

Whilst still very much infancy, the promise of IPA is exciting and is touted as the chief driver of the “white collar automation” revolution that has dominated the news in the space for some time now.

WHAT ARE THE RISKS OF ROBOTIC PROCESS AUTOMATION? HOW CAN THEY BE MITIGATED?

Whilst the potential benefits of RPA can be very exciting, there are, nonetheless risks associated with robotic process automation that one should consider and mitigate for when embarking on such a project.

Current automation technology is literal in that it will only do what it has been told to. Humans on the other hand can observe and react, in real time to slight or unexpected changes. Thus, there is sometimes a concern that the robot, due to its rigidity will fail because of unexpected changes or simply because the business rules were not correctly configured (into the robot).

Also, the scale and speed at which automation can produce information can also create a multiplier effect on any errors within the (automated process).

Finally, there is the concept of garbage in / garbage out. Replicating an already flawed process in an automation tool may not yield the outcomes you are expected and, instead, simply introduce a faster way to make more errors and generate poor quality data.

These risks, while real, can be quite easily managed and mitigated by planning and good implementation such as:

Like most technology solutions, the key considerations for the total cost of ownership for your automation initiative include:

Where your costs will skew are likely to depend on several factors including the business/process problem(s) you are trying to solve, the vendor/tool you select, where the automation is hosted (in-house vs cloud) and the degree to which you need or choose to utilise services.

Traditional RPA vendors may charge “per robot” with a recent study indicating that a robot costs around US$5,400 per annum – which would then need to be scaled up for the volume of work needed to be done. Other vendors, such as cloud based automation platforms charge monthly per-user license fees.

The argument of cost, in the context of enterprise automation, is one of “how long is a piece of string”. You can get started for a few thousand dollars right through to large, multi-year projects involving management consultants and millions of dollars of spend.

What’s important is that there are enough vendors out there that will allow you to automate in the way that meets your needs and budget. Solutions can be developed quickly and at a fraction of the cost of traditional IT projects and quite often a positive ROI can be obtained in months rather than years.

The age of Robots is upon us and companies now have a choice, enabling them to select the right type of automation tool to best meet their needs.

Whether you are automating simple, but frequent rules-based processes (think: traditional RPA) or something more niche or complicated (think: automation platforms like SolveXia) there is a tool out there for you along with a wealth of knowledgeable and experienced people to help you on your journey.

Yes, you should care and yes, you should be automating (your peers most likely are already doing so). What’s important is that you consider and choose the right tool for the job and start experimenting. 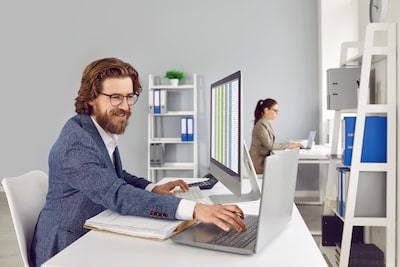 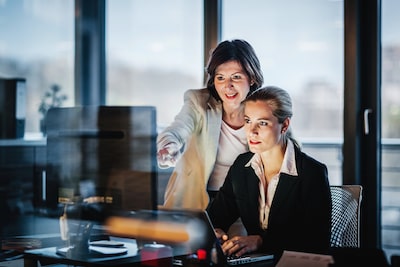 Reconciliation software is a must-have for any business that wants to ensure financial data accuracy and streamline processes. Find out more 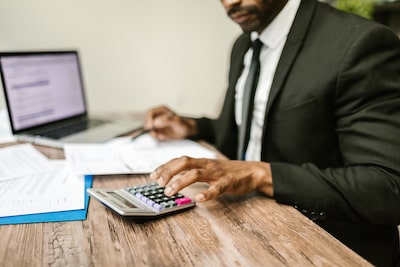 The month end closing process is a requirement for any business. Automation can streamline the process with utmost accuracy and speed.